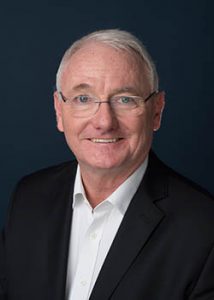 A commitment: reconciling self-realisation with the business efficiency. A goal: having an impact on the client company that exceeds the sum of the individual impacts. A passion: helping executives, individually and collectively, to transform their businesses as a result of their personal transformation …

John was born in Ireland and graduated from Oxford University. He has been living in France for over 30 years, and has spent his professional career blazing new trails and pushing back the boundaries. He designed and implemented the first technology-transfer operations in the CGE Group in the 1980s, and has managed various projects and JVs in different countries around the world – most often involving complex financing operations. He has held several general management positions, most recently as CEO of an engineering/contracting company in the Netherlands. The common thread throughout his career has been to draw the best out of men and women who face difficult operational challenges. This underlying desire led him into the field of executive coaching on his return to Paris in 1998; After a new ‘professional apprenticeship’ as a partner in a Parisian consulting firm, and a few years as a freelance, he co-founded Praesta France in 2003. Keen to contribute to the development of the value of this ‘young profession’, he was Chairman of Praesta International from 2009 to 2011.

He approaches his coachees’ challenges with pragmatism, commitment and professionalism and he understands how to quickly get to the core need. He proposes a tailor-made combination of experience, insight and personal development. His background and philosophy naturally orient him to complex, multi-dimensional and multicultural contexts. Totally bilingual in French and English, he also works in Spanish and Dutch, speaks German and Italian and even some basic Greek. Working as a coach and/or mentor according to needs, he has a systemic coaching approach overall: he naturally seeks development paths through the connections between individuals and the systems they are part of. He approaches his missions by rolling up his experienced sleeves, helping his clients to discover new points of reference and new perspectives in their work.