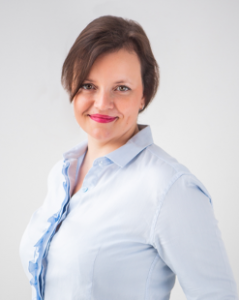 Graduated from the French business school NEOMA, Nathalie began an international career in 2002, which led her to live and work in ten countries, from the United States to China via Spain, Thailand and Malaysia among others.

With more than 15 years of experience in Asia where she held various executive positions in international companies in the tourism sector, then in digital marketing, she embarked in her coaching  journey with passion and enthusiasm.

Fluent in French, English and Spanish, Nathalie is a true multicultural coach who has worked with more than a hundred of managers and executives of about fifteen different nationalities, mainly in Asia-Pacific.

Nathalie’s coaching style challenges individuals and teams on their perceptions and limiting beliefs by pushing the status quo, through effective questioning and practical tools which help remove barriers such as self-doubt, procrastination, lack of confidence.

With a real sense of support, Nathalie has developed an engaging, honest and tailored approach for each client in order to get the best out of themselves and ensure a positive coaching outcome.