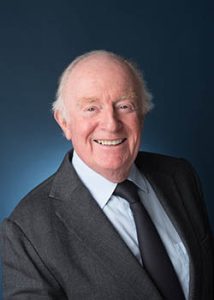 “Objectivity and foresight can become the keys to success”

Beneath each person’s knowledge and skills, there is a human being with his/her concerns, personality and goals. Coaching enables each individual to fine-tune their skills and optimise their resilience. It stimulates the energy buried under a life of constraints, thereby opening up the realms of what is possible.

Having grown up in Senegal, Didier moved to the USA where he lived for twelve years, first in Colorado where he obtained an MBA, then in Wilmington where he began his professional career as a Financial Analyst at DuPont de Nemours. In 1979, he joined the Philadelphia National Bank where he spent three years developing the bank’s Canadian activities from Montreal to Vancouver, before devoting himself to the creation of a network of correspondent banks in Europe. From 1986 to 1993, Didier created and developed real estate financing, leasing and factoring activities for the Security Pacific Group in continental Europe. In 1993, following the merger with Bank of America and having decided to live in Europe, he joined the Volkswagen Group as the Chairman of Volkswagen Finance. He held this position until December 1998, when he became involved in coaching and, at the same time, took over the management of ESSEC’s Executive Programmes. In 2003, he was involved in the creation of Change Partnership France which became Praesta France in 2005. Due to his many multicultural experiences and his career as CEO, Didier has also worked on the Boards of several SMEs and acted as an advisor for various company takeovers and sales.

Since 1999 Didier has worked as a coach with numerous executives on issues concerning transition and change. With his broad-ranging experience as a manager, trainer, company acquirer and coach in a multicultural environment, he has the perspective required to provide coaching support in a wide range of situations. He coaches in French and in English.