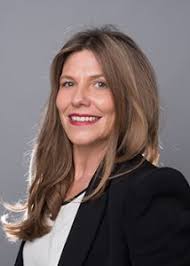 Stéphanie Dubromel, Chief Operating Officer Praesta France.
Thanks to her international experience, organisational and interpersonal skills, Stéphanie will welcome you into the world Praesta, where you will always find an open door and a warm welcome.

In 1998, Stéphanie worked in French Polynesia where she was responsible for: coordinating international public relations for the official body responsible for the international promotion of Tahiti pearls. During her 10 years in Tahiti, she worked with the luxury goods industry (and its highly-demanding environment), dealing with renowned jewellers such as Damiani, Boucheron, Chanel …, as well as fashion designers such as Alexander Mc Queen, Jean Paul Gaultier …. She also coordinated press relations for several trade and general public magazines such as Paris Première, Elle, Vogue…

She returned to France in 2004, working for Tahizea, a Tahiti-pearl jewellery brand. She was in charge of the brand’s image. Among other things, she worked on implementing a large-scale sales campaign throughout France, in partnership with Quicksilver and Roxy.

In 2005, she moved to Tunisia. Drawing on her experience, she created an off-shore company specialised in the exporting Tunisian craft products. In 2010, after 15 years living abroad, she joined Praesta in Paris.

Stéphanie also loves Art and created “Les3 Arts.Paris” in collaboration with Didier Defert – a founding coach of Praesta and art patron. Today, they support several artists, organising regular painting exhibitions. Stéphanie is also passionate about golf, and is involved with seniors through her association “Restons Jeunes” of which she is President.

She is your privileged contact for all administrative and financial matters, and the regional deployment.